The workshop was originally planned to take place at the Poznań University of Economics and Business. 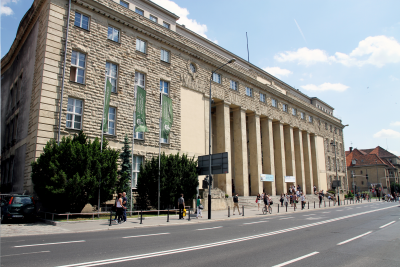 Due to the unstable COVID-19 situation, the workshop will be run online.

How to get to Poznan

• By plane: Poznan Ławica Airport is located 7 km west from the city center. There are direct, daily flights to Poznan from Frankfurt, Munich or Copenhagen.

• By train: by direct train from Berlin HBF or Warsaw Central station – both 2,5h travel.

• Transport to and from the airport
Right in front of T3 terminal (arrival hall) you may find a 24/7 taxi stand.

Participants are responsible for their travel and accommodation arrangements. The enrolment fee does not cover accommodation. Please make your reservations as soon as possible.

The local organizer has negotiated special discounts for Workshop participants at the following hotels:

IMPORTANT NOTICE: If there is no special reservation link, in order to benefit from the special prices, please mention in the reservation process the password: “INFER”.

Poznań is a place where the energy of the New Europe is merged with the civilization of the West. A metropolis with over half-a-million residents, Poznań is situated in the most economically developed region of Poland, closer to Berlin than to Warsaw. Poznanians can be counted on – they are well-educated, competent and welcoming.

The city is focused on achieving success, grounded on a 1000-year tradition of competence. The most ambitious of projects and the bravest of visions have a chance to succeed here. The state of Poland was born in Poznań and it was also the location of the Greater Poland Uprising, the only successful armed bid for independence in Poland and a proof of the exceptional resourcefulness of its citizens.